So, I designed a cat button with illustrator. My first foray into designing cool trinkets. I’m excited to make more even better stickers and things, as I become a more courageous artist.

Well, things just keep coming up and nothing ever goes to plan. It’s difficult to create without any rhyme or reason, with zero structure to daily life. Life is very unsustainable and up in the air, it seems. Despite this I do my best to hold on to the hope that I will be able to somehow create an emotionally meaningful piece in due time, but constraints and circumstances always smash my dreams into mundane monotonous nothing.

When time is permitting I’ll pick up the gauntlet again and throw it down once more, but who knows how anything will ever turn out what with dire crisis aversion constantly. Alas, I shall not give up on my dreams. So, where there is a will, there is a way. This is not a reasonable effort, but my attention is here when it can be and should be. Still holding on.

So while I was in the office today (that’s code for the bathroom, fyi) I was brainstorming possible ideas to pursue, with odd names for songs and just random eclectic things of that sort. Suddenly, it clicked. I had just come from the living room, where I had setup a bunch of art supplies surrounding the couch, midi keyboard, drawing kit, guitar, and the like. It made me think of being a pro couchsurfer, and how people who are struggling sleep on couches, and what the most advanced version of a couchsurfer would be. In that vein of thinking, I thought of how I could help fellow couchsurfers, and what I could make while on the couch to be enjoyed by others on couches around the world.

CouchSurfer is my plan for a mobile web game that couchsurfers can play on their smartphones while connected to the internet. The basic idea is a sidescrolling “keep it up” game that counts distance that you press the screen to go up, and let go to go down….avoid touching the ground, avoid touching the obstacles, and it speeds up the scrolling speed and amount/variety of obstacles as time & distance goes on.

Eventually, I’d like to see CouchSurfer have online LeaderBoards and a forum/community of CouchSurfers, with a donation fundraiser crowdfunded prize pool to award High Scores on the LeaderBoard at monthly intervals, and eventually weekly/daily intervals, so that funds can be passed on to struggling couchsurfers irl for playing a simple coping game that is a nice escape from the struggles of reality for a moment of joyful experience.

As always, my concepts tend to be high scope and beyond reach, so some things may be stretch goals, and I could end up scrapping lots of stuff, possibly even the entire project, but I hope it doesn’t come to that and I am rapidly prototyping a minimum viable product to launch feasibly soon.

This post is basically just a reminder to myself that this project was conceived of in theory….and should be picked up to be developed and released, lest I forget.

Onward with the work.

So, word on the street is that the host of the Joe Rogan Experience has contracted coronavirus while on tour in Florida. It’s strange, I was just listening to his podcast recently a few days ago, and now this has just happened. I hope he recovers and is okay after this. When the pandemic lockdown first began I remember him talking to Bill Burr about how he had hunted an elk and was keeping it in his freezer or something, to gnaw on during the long pandemic and avoid the grocery stores where infection risk was, back when people were hoarding toilet paper.

Of all the people to have contracted the coronavirus, I’m surprised that it’s Joe Rogan. Maybe it’s because he is one of the only people that I listen to while isolated in pandemic, and it felt like he was taking it seriously….but then, I dunno, maybe that’s just been me, and I associated my own level of consideration onto him.

Anyway, it’s always something. The world is crazy. Most recently it’s Joe Rogan with covid. Can’t Musashi your way out of that one.

So, I’ve decided to begin building a Unity 2.5D sidescrolling platformer game. It will be a workflow pipeline test to rapidly prototype and further development my talent and skills. The plan is to doodle on whiteboards and scribble on index cards, to then scan and capture into adobe to play around and polish. I will be using Blender for 3D, and possibly Clip Studio Paint alongside Photoshop, Flash Animate, and illustrator to bring my random ideas to life in a playable format for users like you! I will be sharing progress, process, and behind-the-scenes as I go. I can’t wait to get started. Lets go~

AttentionSpam is an amazing full animation studio, enjoyed by countless  viewers worldwide for compelling stories and appealing aesthetics. AttentionSpam is proud to display the crazy works of our rare inhouse studio directors and artists.

AttentionSpam proves that you’ve got to fake it to make it! Fall forward! Take risks of ambition and sail the seas of creativity! Come with us as we seek to entertain the huddled masses of humanity with craftsman’s excellence.

Developing talent is of utmost importance to us! The future is now, so prepare to be prepared! The present is a gift. We hope to help future artists find their voice, perfect their hand, and empower them to create at their highest level in order to impress both themselves and the world around them. The world is watching you, so give them a good show and a good game!

AttentionSpam artists not only develop programming for high-profile clients, but most importantly create from their own individual souls of irreplaceable unique humanity. Variety is the spice of life, so browse around and discover what these great minds have aspired to create for the delight and joy of your senses! Artisan meandering delicious experiments in dancing chaos. Are you ready to see for yourself? Be seeing you! 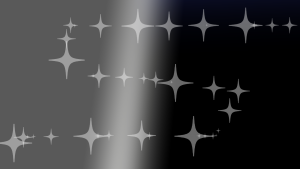