So while I was in the office today (that’s code for the bathroom, fyi) I was brainstorming possible ideas to pursue, with odd names for songs and just random eclectic things of that sort. Suddenly, it clicked. I had just come from the living room, where I had setup a bunch of art supplies surrounding the couch, midi keyboard, drawing kit, guitar, and the like. It made me think of being a pro couchsurfer, and how people who are struggling sleep on couches, and what the most advanced version of a couchsurfer would be. In that vein of thinking, I thought of how I could help fellow couchsurfers, and what I could make while on the couch to be enjoyed by others on couches around the world.

CouchSurfer is my plan for a mobile web game that couchsurfers can play on their smartphones while connected to the internet. The basic idea is a sidescrolling “keep it up” game that counts distance that you press the screen to go up, and let go to go down….avoid touching the ground, avoid touching the obstacles, and it speeds up the scrolling speed and amount/variety of obstacles as time & distance goes on.

Eventually, I’d like to see CouchSurfer have online LeaderBoards and a forum/community of CouchSurfers, with a donation fundraiser crowdfunded prize pool to award High Scores on the LeaderBoard at monthly intervals, and eventually weekly/daily intervals, so that funds can be passed on to struggling couchsurfers irl for playing a simple coping game that is a nice escape from the struggles of reality for a moment of joyful experience.

As always, my concepts tend to be high scope and beyond reach, so some things may be stretch goals, and I could end up scrapping lots of stuff, possibly even the entire project, but I hope it doesn’t come to that and I am rapidly prototyping a minimum viable product to launch feasibly soon.

This post is basically just a reminder to myself that this project was conceived of in theory….and should be picked up to be developed and released, lest I forget.

Onward with the work. 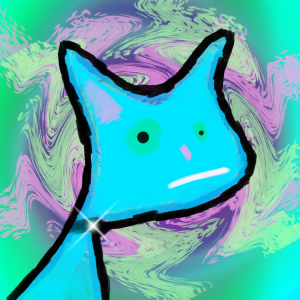